The 2009 Reunion in Myrtle Beach was attended by 32 shipmates and 32 guests. See the September 2010 newsletter above for photos from the 2009 Reunion 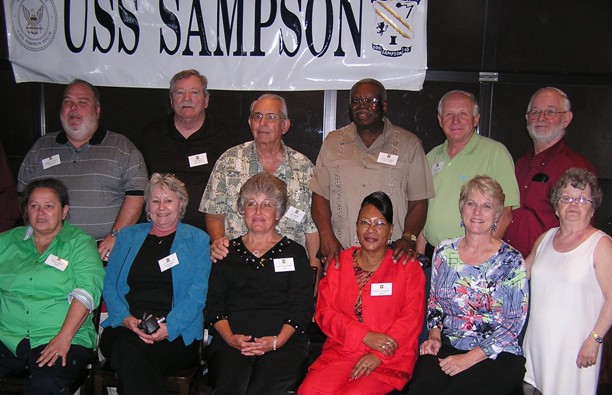 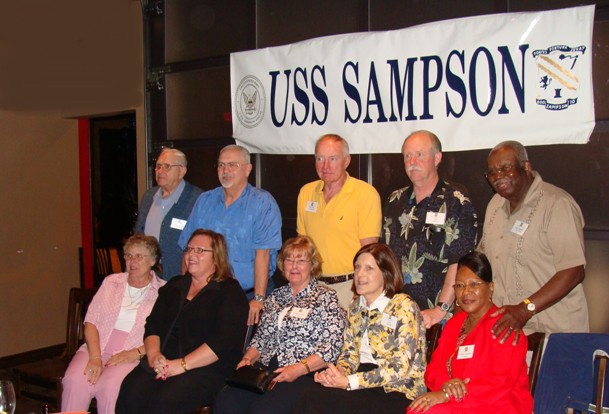 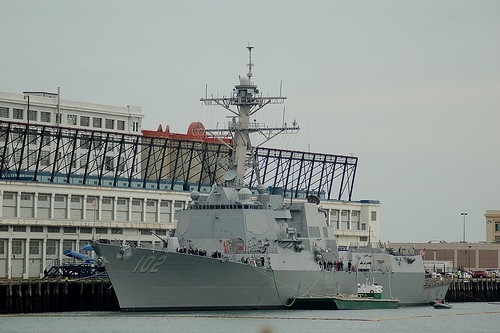 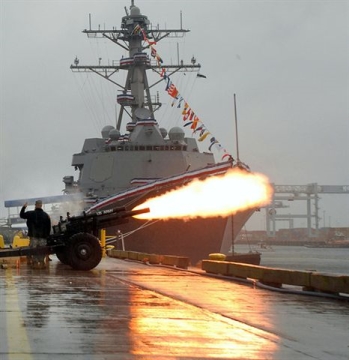 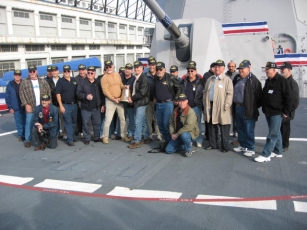 Video News of the Commissioning

Dale Hughes, assisted by Shipmates Jack Suarez, Frank Milette, Dave Brandt and others re-christened the Sampson Motor Whaleboat as "Sam" on February 10th in St. Petersburg. Below are photos from the pre launch festivities, sea trials and return to port. Sam will be ready to greet all shipmates at the May Reunion. 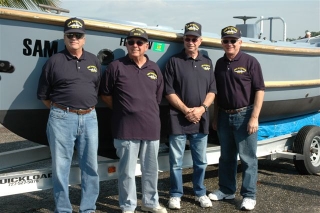 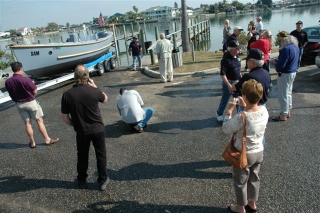 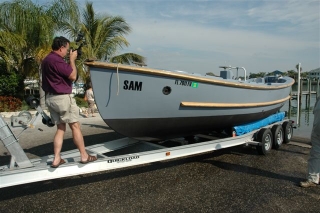 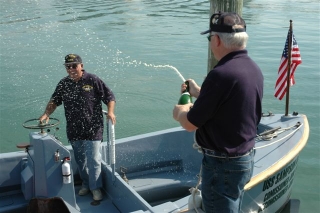 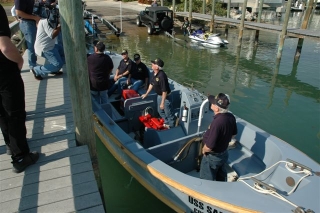 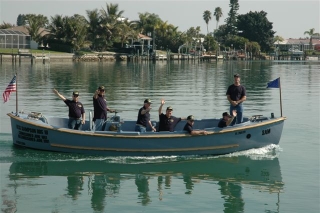 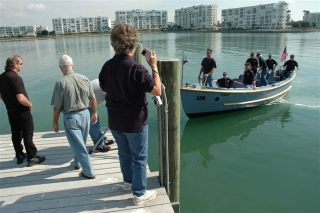 Charles F. Adams News Update 2007 - Use the links below to get the latest news and updates from ACVA president Tom Crosser, in reference to the status of the Charles F.Adams: 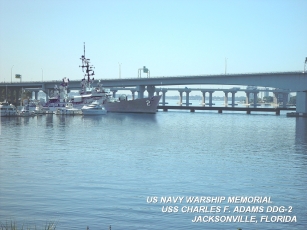 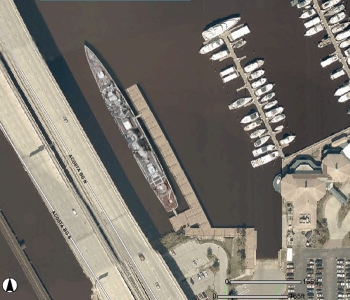 Proposed location and how the Adams Class DDG will look when berthed in Jacksonville, Florida. The Sampson Reunion Association made a donation of $500 to this most worthy cause. Individual donations may be made through the Association by contacting Dave Brandt or directly to the ACVA (see first link below).

Latest News and How To Contribute to The Effort to Save the Charles F. Adams

Letter to Admiral Ferguson - Effort to save the Charles F. Adams

Sampson Anchor Plaque a Reality at The Naval and Marine Corps Reserve Center in Greensboro North Carolina - Thanks to the Chief Petty Officer's Mess and all the people in North Carolina who made this happen! Below is a photo of the plaque and the "Chief's Mess" Photos courtesy of Brian Kroenung. 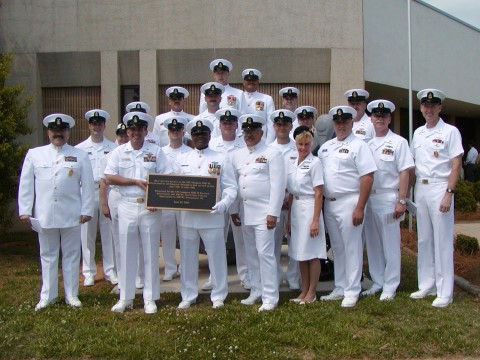 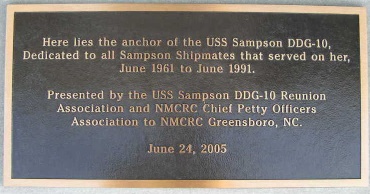 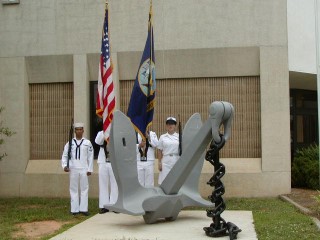 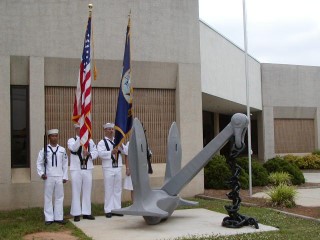 List of personnel who worked on the anchor project 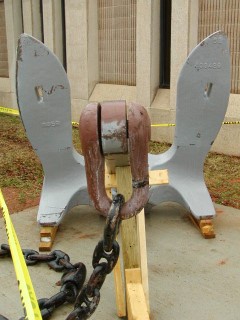 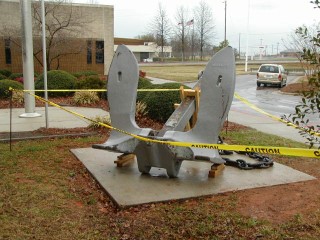 March, 2004 - The Sampson anchor has been moved to the front of the Greensboro Naval and Marine Corps Reserve Center to prepare for dedication.

2007 Sampson Reunion in St. Petersburg Recap
The 2007 Reunion was held at St Petesburg Beach May 17th to the 20th at the Dolphin Beach Resort and Dale & Joyce Hughes home with 72 guests attending. Dale and Joyce Hughes were gracious hosts and Dale provided rides on our liberty boat "SAM". Rides on "SAM" were the main attraction for all and the guest speaker was Bill Sampson III, the Great Grandson of Adm. Sampson. 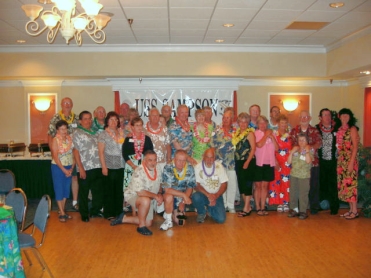 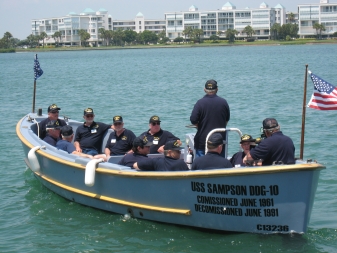 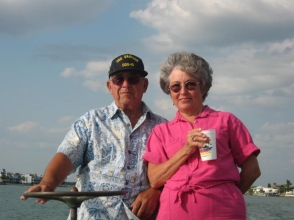 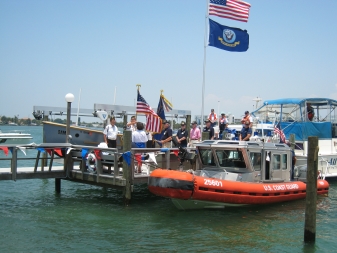 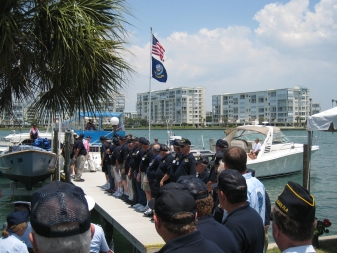 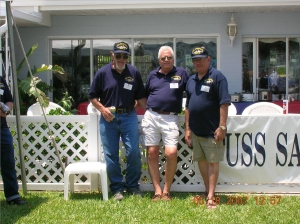 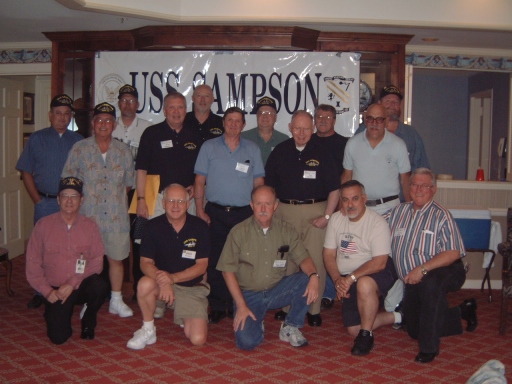 21 Association members and 17 guests attended the May 2005 reunion in Nashville at the Gaylord Opryland Resort. Click here to view photos provided by Dave Brandt. The next reunion is tentatively scheduled May 18-20, 2007 in St. Petersburg Beach, Florida. Come and join us and ride in the Sampson motor whaleboat at Dale Hughes' home!